We are pleased to share the news that our Founder, CEO and Executive Vice Chairman – 300_200Dr. B.R. Shetty has received the prestigious Arabian Indian Czar award presented by Times Now.

The coveted  award was conferred upon Dr. B. R. Shetty by Mr. Devendra Fadnavis, Chief Minister of Maharashtra, India at a scintillating ceremony at Dubai on Saturday, June 13.

Dr. B. R. Shetty was presented with the award for taking on giant projects in the UAE and for his involvement in advancing the economy in the Arab world.

Let us congratulate Dr. B.R. Shetty, who epitomizes excellence in all realms of life. 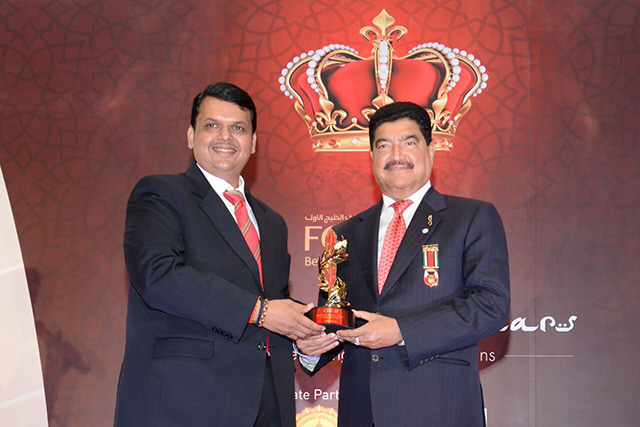