Among these internationally acclaimed names, was none other than Dr. B.R. Shetty who was endowed with South Indian Business Achivers (SIBA) Award in Middle East. The award was presented to him by Mr. Harish Chandra Prasad, Founder and Managing Director of Mahalaxmi Group, Mrs. Kushboo, veteran South Indian actress and Mr. Arumugam Thondaman, Cabinet Minister of Livestock and Rural Community Development, Sri Lanka, amdist the presence of Top South Indian Business Icons from across the globe, key government officials of UAE and India and other VIPs from UAE.

SIBA is an international platform that celebrates the Spirit of Entrepreneurship of South Indians and acknowledges the positive impact these Businessmen are making worldwide. After the success of the initial edition of SIBA in Singapore last year, this second edition in Abu Dhabi was a much bigger event that was well attended by the business tycoons, political representatives, celebrities and many more.

Join us in congratulating Dr. B.R. Shetty on this wonderful achievement. 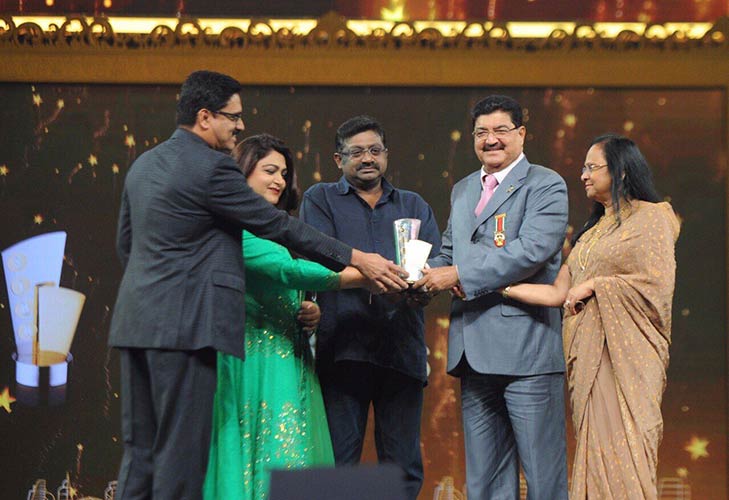