Dr. Shetty received the award from H.H. Sheikh Ahmed bin Saeed Al Maktoum, President of the Dubai Department of Civil Aviation (DCA), Chairman and Chief Executive, Emirates Airline & Group and H. E. Sultan Bin Saeed Al Mansoori, Minister of Economy in the UAE. The award came as recognition of Dr. Shetty’s outstanding contributions towards the growth of both the UAE and India. 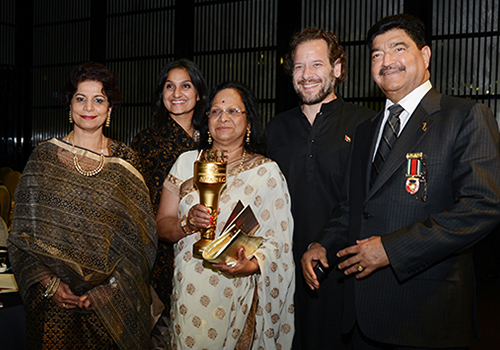