Dr. B.R. Shetty, Managing Director & CEO, NMC Healthcare, was conferred the most distinguished civilian award, the Padma Shri by the Government of India for his towering achievements in business and for his tireless journey espousing the cause of social initiatives. The award was presented by H.E. Pratibha Devisingh Patil, President of India in New Delhi. 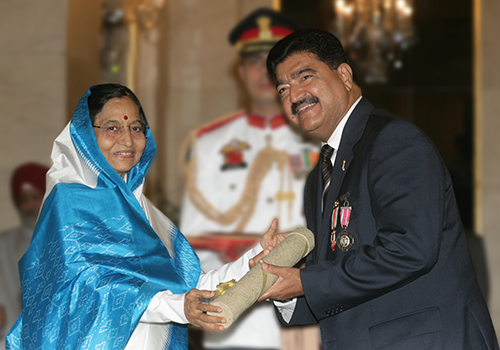