We are glad to share the news of our Founder, CEO and Executive Vice Chairman – Dr. B.R. Shetty being awarded the Women’s Leadership Advancement Award.

Dr. B.R. Shetty was recognized for his tireless efforts in supporting Women Leaders in Healthcare. The award ceremony took place at the Intercontinental Hotel, Abu Dhabi on November 20th, 2015.

Let us congratulate Dr. B.R. Shetty, a man who is relentless in his support for great women leaders. 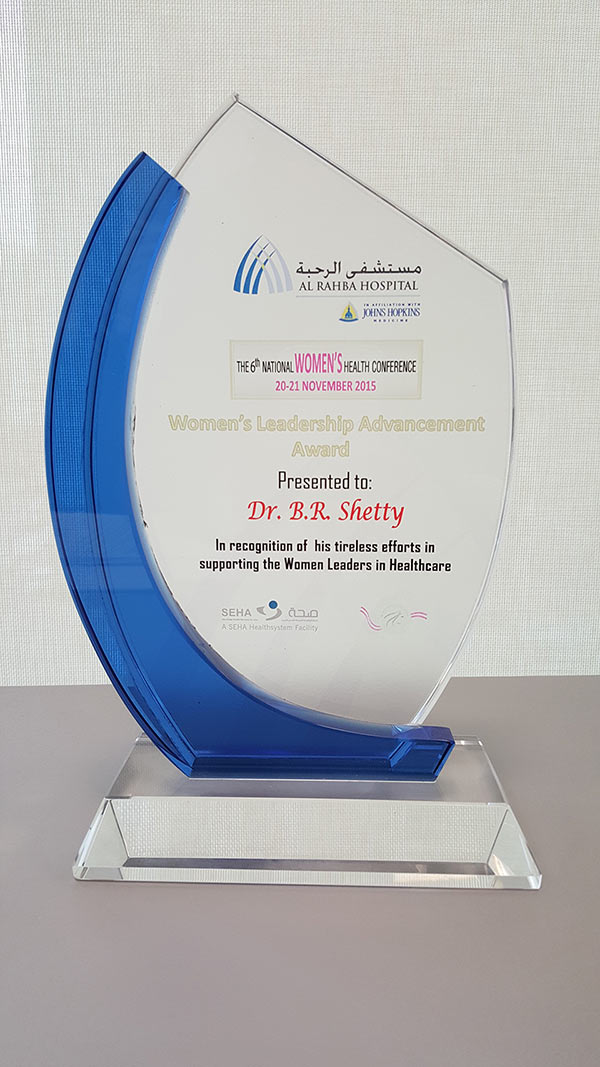