The award came as recognition of Dr. Shetty’s achievements and visionary leadership that have made him an inspiration to many.

His passion to serve the community and his perseverance to remain committed to his goals is truly praiseworthy.

Organised by Glamour & Glitter Events, MILAAP 2015 is a platform created to recognize and award the most accomplished and successful Indian business leaders and entrepreneurs in the UAE. 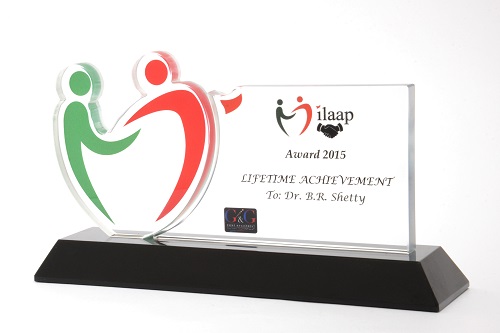