We are pleased to share the news of our Founder, CEO and Executive Vice Chairman – Dr. B.R. Shetty being awarded the Business Leader of the Year Award in the Healthcare category at the 2015 Gulf Business Industry Award. 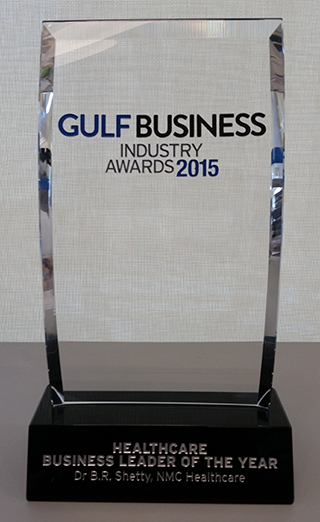