It is with great pleasure we would like to announce that Dr. B. R. Shetty, Executive Vice Chairman and CEO NMC Healthcare, has won the Golden Peacock Lifetime Achievement Award for Business Leadership. The honour came to us at the 16th Global Convention on Corporate Governance & Sustainability Awards ceremony in London, England on October 18th, 2016 at the Hotel Mayfair Fairmont.

Golden Peacock Awards, instituted by the Institute of Directors, India in 1991, are now regarded as a benchmark of Corporate Excellence worldwide. The Awards are bestowed annually and are designed to encourage total improvement in each sector of business. 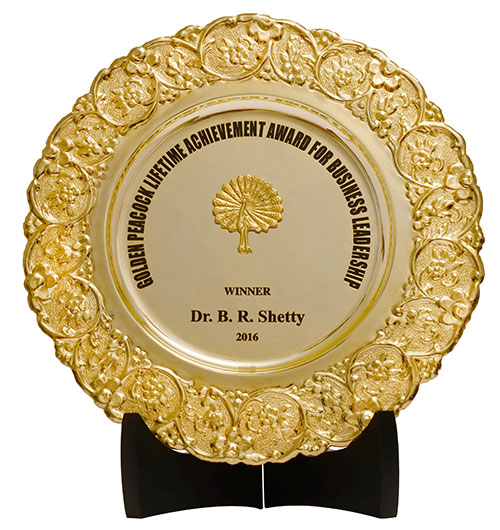