Order of Abu Dhabi, by the Government of Abu Dhabi in 2005, the highest civilian award for demonstrating determination to help others despite obstacles and his outstanding contribution to the development of the community and the cause of the Emirate. 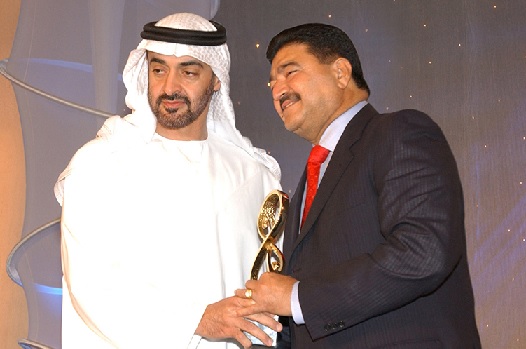