Dr. B. R. Shetty was recognised as the CEO of the Year by Qadat Al Tagheer Awards at the 4th Edition of UAE - India Economic Forum in Dubai, UAE on Oct 24, 2018. 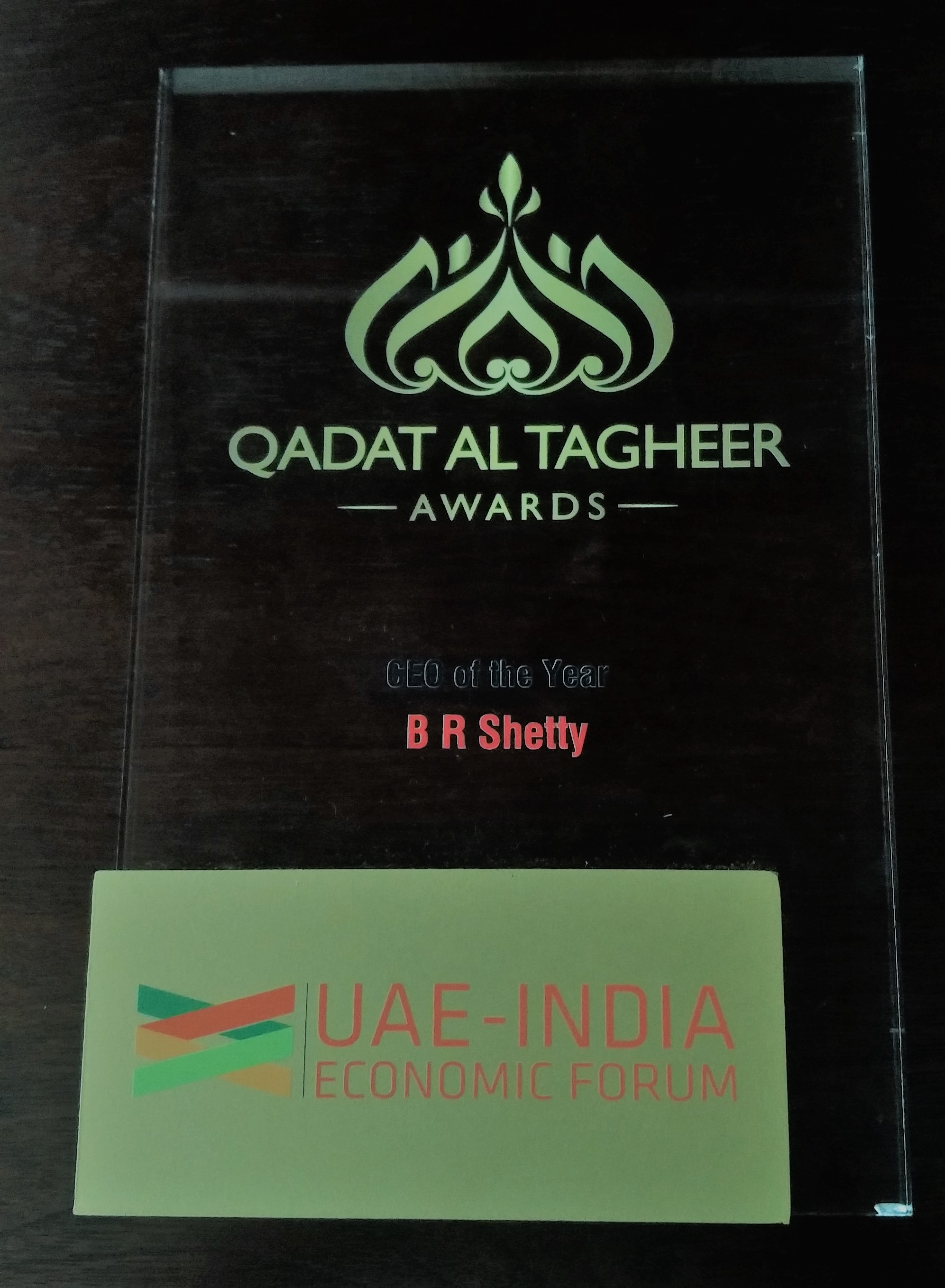