Dr. B. R. Shetty was honoured with the ‘Outstanding Global Leadership Award 2018’ at the Global Economic Summit conducted by the Institute of Economic Studies on June 28, 2018. 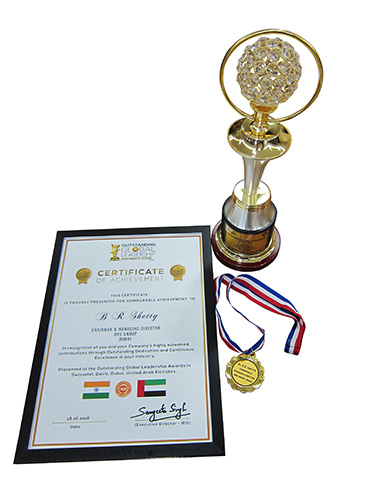